Soundtrack from 'Depths of Fear :: Knossos'

Listen for free on Bandcamp:   https://dirigogames.bandcamp.com/album/depths-of-fear-knossos-soundtrack

In order to download this soundtrack you must purchase it at or above the minimum price of $1 USD. You will get access to the following files:

I got this in a bundle, its not my usual genre but it was interesting and nice to listen to.

Thanks for making and sharing.

Hello!
This is a weird place to make such a request, but I couldn't find any contact details - I'm an academic, and an academic friend of mine is mighty interested in Depths of Fear for a paper he's writing. Any idea when the game might be available again on Steam, or if there's any alternative method of purchasing it?
Very best to you!

what game genre does this BGM fit best? RPG? roguelike?

Why has this been taken off of steam?

Salutations, the DOFK OST MP3s and WAVs rar files seems to be corrupt. I can't open it. It says can't open file as archive. (edit: I downloaded an individual file of the first song, and that works fine though. I'll have to d/l them all one at a time.)

Hey, the WAVs are compressed for space/download, they need to be unzipped with a program like Winrar first.

Yep, I'm using an un/zipping program called 7-zip, which has worked with every other .rar and .zip file I've encountered. I just tried a minute ago with other .rar files and it worked perfectly. I tried re-downloading the two music .rar files previously mentioned just now as well, both gave the error "Can not open (Path\Filename) as archive". I made sure to check that the files were the size they were supposed to be, so it downloaded the whole thing AFAIK. Not a big issue because, like I said, I downloaded the files separately and they work fine, but I thought I'd mention it in case anyone else was having the same issue.

Some feedback: Would be nice if one could download them all as MP3s in one zip file, as an alternative to the big WAV files.

I need to go save them all as MP3, and make ID3 tags for myself.

Seems like it'd be great to offer a pre-packaged version like that for everyone looking for that format.  Cheers!

Do you have a Dev Blog, or a place where you show any of your synths or music setup?

Loving the old-school vibes of this.  Figure it's probably partly done "in the box" with virtual instruments.  But keen to know what you used to make the music overall.

I want to do a sorta 60's/70's inspired "concept album" game, and Knossos is the game I've seen that is closest to taking this same approach.  :)

Also, I went to Steam to look at Depths of Fear, and the game is not for sale, for me.

I am from Australia, and I'm not sure why this happens occasionally, but perhaps there is something you need to do to make it available in different regions or something?

This article seems related, but I couldn't find an obvious "cause" or "fix" in there.
https://www.kotaku.com.au/2018/11/the-games-that-australians-can-no-longer-buy-on-steam/

To clarify, the game shows up, I can look at the videos and screenshots, read reviews, etc, but there is not PRICE, and not BUTTON to buy it.

I did Wishlist it however.  :)

Hey, most of that soundtrack is a KORG MS2000, guitar and a borrowed MOOG MG-1.  There is computer generated stuff (the drums and bass) but I recorded it in 2014 and don't remember what I did it in now.  The game itself hasn't been on sale for a few months due to disagreements with the publisher :)  But it will return.  Look forward to your project man.

Great to hear more about your music gear.  :)

I've got a MicroKorg, which is somewhat similar to a MS2000, from what I remember.  (MS2000 is perhaps fully analog, though).

Anyhoo, you can check out one of my games here if you're interested in a super explosive procedurally generated shooter.  :) 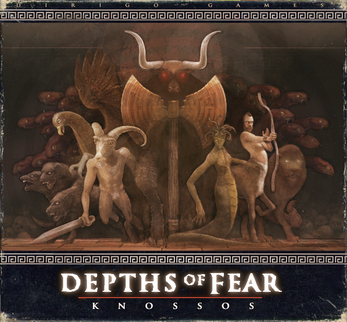